New research shows that decisions around Federal Court applications for judicial review of refugee determinations depend on which judge decides the case. Much needs to be done, and one York U professor has offered up a compelling list of recommendations for enhancing fairness in the process.

Access to justice is the cornerstone of the Canadian legal system. Five years ago, Osgoode Hall Law School Professor Sean Rehaag, director of the Centre for Refugee Studies at York University, led a groundbreaking study that examined access to justice for refugees in Canada. This research concluded that the handling of refugee cases was inconsistent and arbitrary; the outcome depended on which judge decided the case.

With funding from the Social Sciences & Humanities Research Council of Canada, Rehaag reinvestigated the same issue half a decade later, but found that little has changed. “The luck of the draw remains a stubbornly persistent feature of the judicial review process. This is unacceptable,” Rehaag says. “Refugee determinations involve life and death questions. Change is urgently needed.” 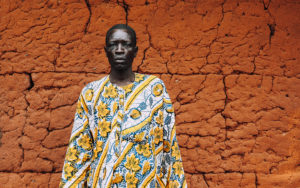 Refugees could be subjected to torture, cruel and unusual treatment or punishment, or death if they were returned to their country of nationality

This increasingly relevant and timely work, the findings of which were accepted for publication in the Queen’s Law Journal (2019), could not be more policy applicable.

A snapshot of immigration and refugees underscores the importance of this kind of research for Canada. First, immigration is growing:

Second, refugee numbers are growing. While refugees represented 10 per cent of all immigrants in 2014, this percentage grew to 24 in 2016 (StatsCan, 2016 census). 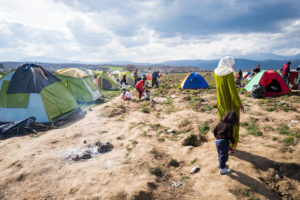 Study designed to check back with the system after earlier research

As mentioned, Rehaag’s research updates an earlier study of decision-making in the refugee law context in Canada’s Federal Court. The initial study, which looked at 23,000 applicants from 2005 to 2010, found that outcomes in Federal Court applications for judicial review of refugee determinations depended all too often on the luck of the draw – which judge decided the case. Rehaag found that individual judges granted leave at very different rates. (Applicants who want the Federal Court to review their refugee determination must first apply for “leave,” or permission from the court.)

A note about process: Federal Court judges do not grant (or refuse) refugee status. Instead, they hear applications for judicial review of decisions made by Immigration & Refugee Board (IRB) members. If they grant an application for judicial review of a negative refugee determination, it does not mean that they are granting refugee protection; it just means that they are overturning the initial decision and sending the case back down to the IRB to be redetermined. There, at this stage, the IRB could choose to grant or not grant refugee protection.

Since the initial study, the Federal Court adopted measures to address these variations. It was in this context that Rehaag wanted to check in again and see if the new measures were effective. This time, in September 2016, he collected data from over 33,000 court dockets from 2008 to 2016. He used a computer program’s written code to parse data from online court dockets, then he optimized the code, through trial and error, to improve the accuracy rate to 99 per cent.

The findings of this study show that the situation hasn’t changed much since the past research was undertaken.

Rehaag has some compelling recommendations for reform.

Rehaag presses for change. “The time for study is over. It’s now time for action,” he emphasizes.