The Director of the City Institute unpacks some critical debates in urbanization in a timely new article. This will be of interest to many in disciplines ranging from sociology to economics, geography to environmental studies; urban planners; and government stakeholders at all three levels.

Urban studies is not what it used to be. Today, it encompasses the planetary condition, considers the state of humanity, intersects with issues such as mass migration and global warming, and poses some pretty tough questions about our future – arguably, some of the most pressing and timely in the early 21st century. 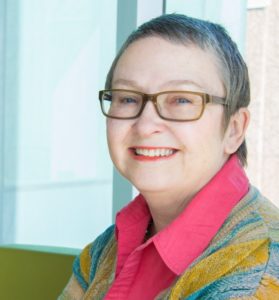 In a new article, Faculty of Liberal Arts & Professional Studies Professor Linda Peake, director of the City Institute at York University, unpacks some critical debates in urbanization and summarizes existing thought, with the help of co-authors from York University, the University of Toronto and Memorial University.

The article, titled “Placing planetary urbanization in other fields of vision” and published in Society and Space (2018), is theoretical but accessible with an underlying sense of urgency. It, along with an impressive record of publication, reinforces Peake’s thought leadership in this key academic area.

This research was funded by the Social Sciences & Humanities Research Council of Canada (SSHRC).

Urban studies is an interdisciplinary field that encompasses the social sciences and humanities, intersecting with many areas of academic study, including environmental studies, geography, history, Indigenous studies, literature, political economy, political science, sociology, urban planning and women’s studies. It delves into topics such as the climate emergency, inequality, immigration and forced displacement.

Not surprisingly, for some academics the urban now encompasses a generalized planetary condition that considers humanity’s possible futures. This new scope is very broad and, as a result, it raises new theoretical and political questions.

Here is a sample of some of the questions posed in Peake’s article, many admittedly open or unanswered:

Peake is the right person to be fielding these mammoth questions. She is a feminist geographer with research foci in urbanization and gendered urban insecurities. In addition to her long-standing interest in urban-based research on women, she also engages in work on whiteness and feminist methodologies and, more recently, on questions of mental health and the academy. 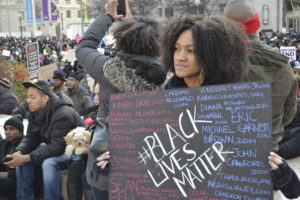 This article asks: How does planetary urbanization contribute to our understanding of radical social movements, such as #BlackLivesMatter?

Article unpacks how the field has evolved, looks at potential to transform conditions

Peake and her co-authors open the article by discussing the politics of knowledge production and providing an overview of how their joint thinking has evolved over the past few years, often referring to The Urban Revolution by Henri Lefebvre (1970) for context. This book is generally believed to be the first substantive critique of urban society.

In this way, the article is a very well-done literature review – that is, a scholarly paper that presents the findings of current knowledge as well as theoretical and methodological contributions of a particular topic.

Peake also discusses the pioneering work that has been done at York. From 2014 to 2016, she and her co-authors organized a series of workshops and collective discussions between urban scholars at the City Institute and U of T’s Department of Geography, which proved to be game-changing. The formation of the aptly named Planetary Urbanization Reading Group led the academics to successfully apply for SSHRC funding to formalize their reading efforts into a workshop.

“Together, we engaged critique that moved beyond the urban. Participants brought queer and feminist perspectives and theory to the table, applied anti-racist and anti-imperialist lenses, positioned themselves in both the global south and north, and spoke from both early and well-established stages of their research careers,” Peake explains. “We sought to create a political space where many scholars could engage in productive discussion,” she adds. 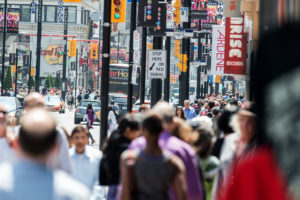 Here, the intention was not to establish consensus or unity, or to minimize differences and disagreements. Rather, this group sought to create a space for collective work with the potential to transform the conditions in which they were all operating vis-à-vis the university.

Peake and her co-authors also discuss dominant approaches to the study of the urban – Marxist, feminist, postcolonial – all of which seek to study rising inequality between urban areas and increasingly virulent forms of exploitation and oppression.

They focus on a feminist engagement with planetary urbanization that expands on Lefebvre’s insights to argue that the intensification and extension of the urbanization process is now planetary, with the future of human life itself being fought out in and across the urban.

This article will be of interest to many: academics in disciplines ranging from sociology and economics to geography and urban studies; urban planners; and government stakeholders at all three levels – municipal, provincial and federal.

To read the article in Society and Space, visit the journal website or Peake’s entry on Academia.edu or ResearchGate.net. To learn more about Peake’s scholarship, visit the City Institute’s website or her Faculty profile page.